Wide games are always such a fun part of the camp experience – I mean, how often do you get more than 20 kids (sometimes even hundreds!) together to play a giant, epic game?!

Our friends Dan and Amy at Camp Kadesh in Saskatchewan have been dreamin’ and schemin’ wide games for many years in their role as Program Directors. They’re super passionate about big group games and love to bring them to life! We are excited to get to share one of Dan and Amy’s games with the CCI/Canada family in this blog.

The mobile app/game became incredibly popular in 2016 and was successful largely because it reached an audience of all age categories; Pokemon, as a game or a tv show, has been loved by multiple generations. In this wide game, Pokemon comes to life as campers attempt to “catch ’em all” (the ” ’em” being staff dressed as various Pokemon!)

Each team of campers will need:

Each “Pokemon” (staff member) will need:

OBJECT OF THE GAME

To catch ’em all! (Obviously.) But in seriousness, the object of the game is to be the group that ends up with the most points. Points are acquired in the following ways:

How to catch a Pokemon:

At the end of the game:

Check out these fantastic photos of Pokemon Go in action! 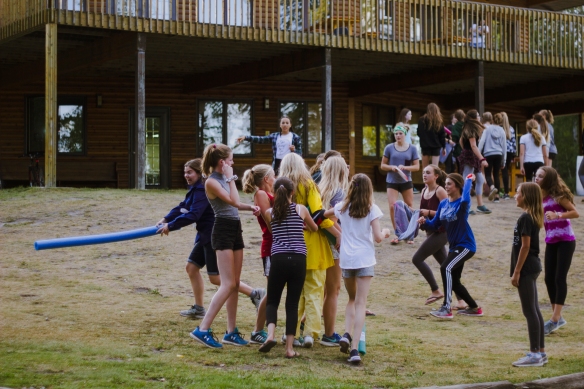 Campers try to catch wild Pokemon all over camp.

To freeze a Pokemon, campers must hit them with a Pokeball. 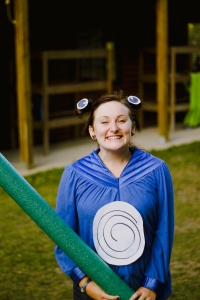 A Pokemon about to get caught!